The Northern Territory is a stunning part of Australia, and my visit to NT was long overdue and has been on the bucket list for some time now. My expectation was an arid landscape covered in a great expanse of red soil, which was a naïve assumption because what greeted Kate, Linda and I was an abundance of life, a rich, diverse and deep history; and an ancient landscape showing off incredible land formations and features to explore.

We set off for the West McDonnell Ranges and took the tourist trail outside of Alice Springs along Namatjira Drive. Our first stop was Ellery Creek Big Hole where the sun hadn’t quite crept over the towering ranges but flooded through the gap where the waterhole was present and teeming with aquatic and bird life. The evidence of Aboriginal presence in this place was abundant and I was amazed at the choice of toolstone which had clearly been utilised for tool manufacture. The majority of visitors to the area would probably walk right by and not see what we identified, however there is something to be said for being able to identify something and leaving it be. 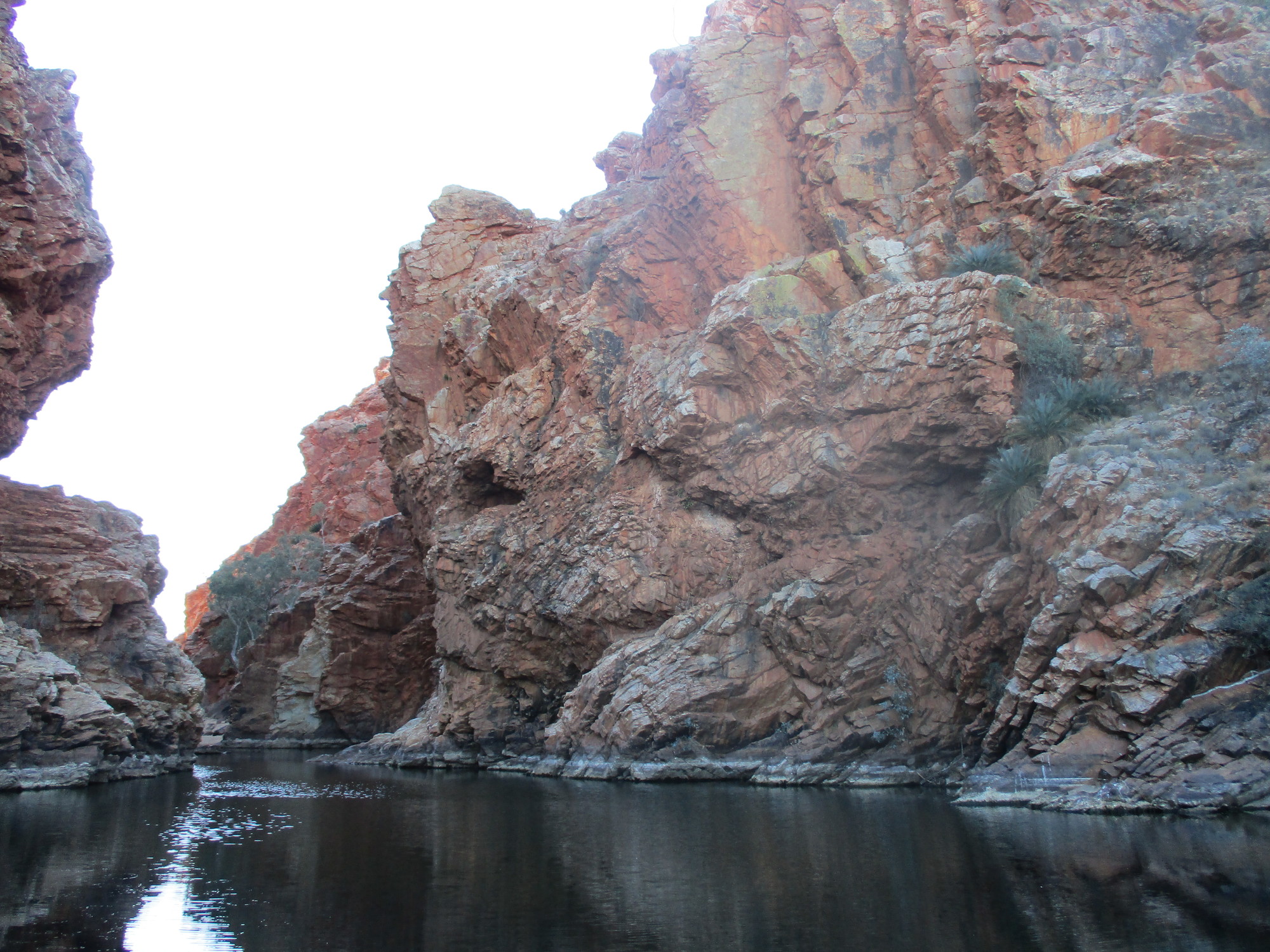 Next, we headed to Ormiston Gorge where we took a trek around the cliffs and made our way down to the mostly dry river bed. Small pockets of water exist where birds swim and feed; and where the evidence of snakes and lizards passing through are clearly marked in the sand. The café at Ormiston Gorge was a surprise, because being vegetarian I often find meal time options limited or bland; however, this tiny remote café had an extensive vegetarian and vegan menu, full of flavour and imagination. Topped only by their reasonable prices.

Lastly, we headed to the Ochre Pits where a sweeping wave of colour is evident in the soil stratigraphy. Yellow, white, orange and red ochre weaves across an area of approximately 100 metres and people who visit get to experience another facet of an incredible place. What struck me is that much of the tourist conversions that have been implemented in each of the locations showed little ground disturbance, presumably to assist in protecting the Indigenous heritage present and intangible. The camp sites and car parks are minimal, clean and tidy and each visitor shows respect for the beautiful surroundings. There is something in being in such remote locations that makes you feel interconnected with everything, which brings about a reverence and respect. 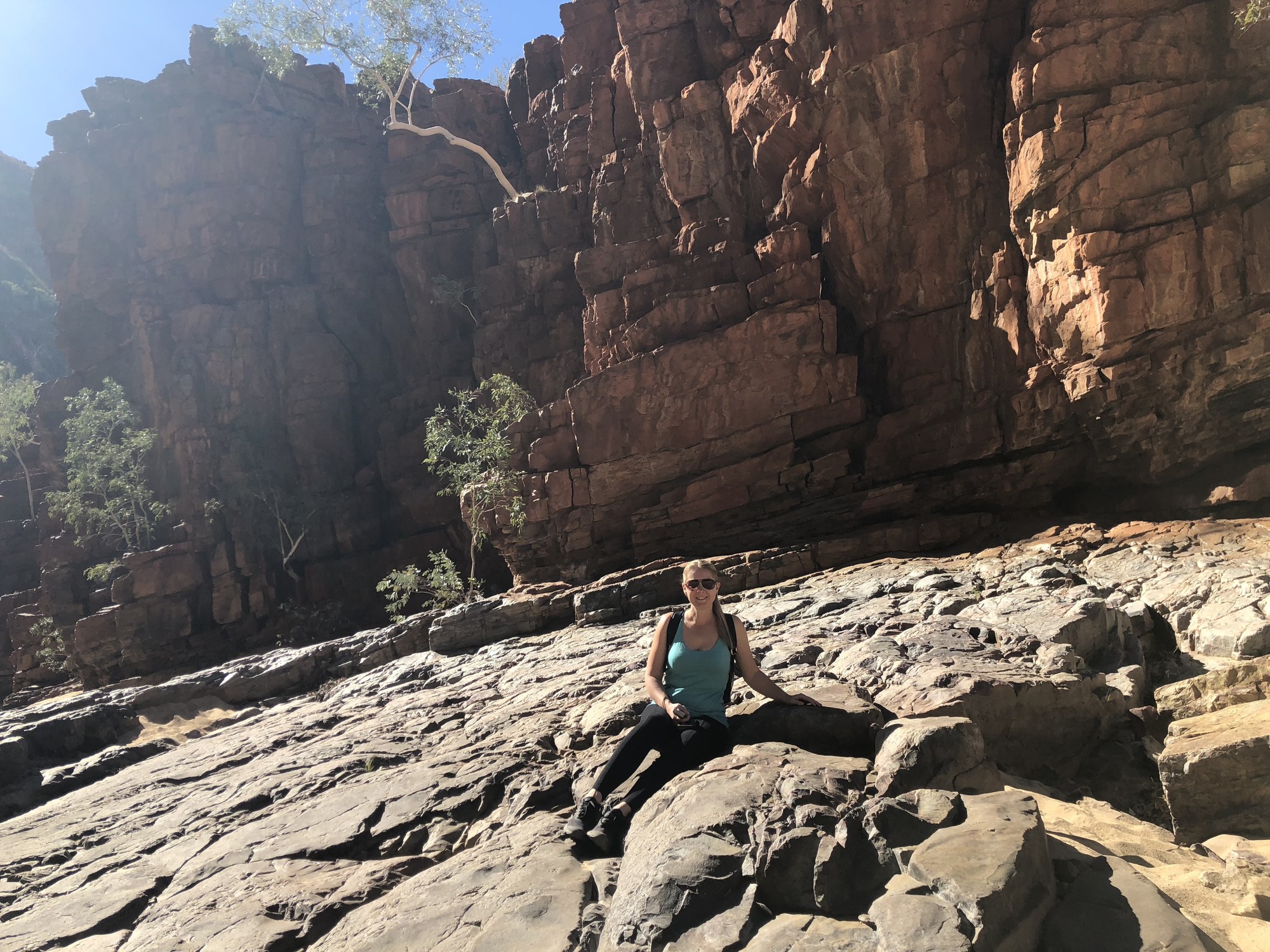 In each location we visited throughout the day we were able to locate and identify Aboriginal cultural heritage where the artefacts are masterfully crafted, remnants of quarries and knapping floors were abundant and yet they existed alongside marked tourist tracks, campsites and swimming holes but appear to go unnoticed? 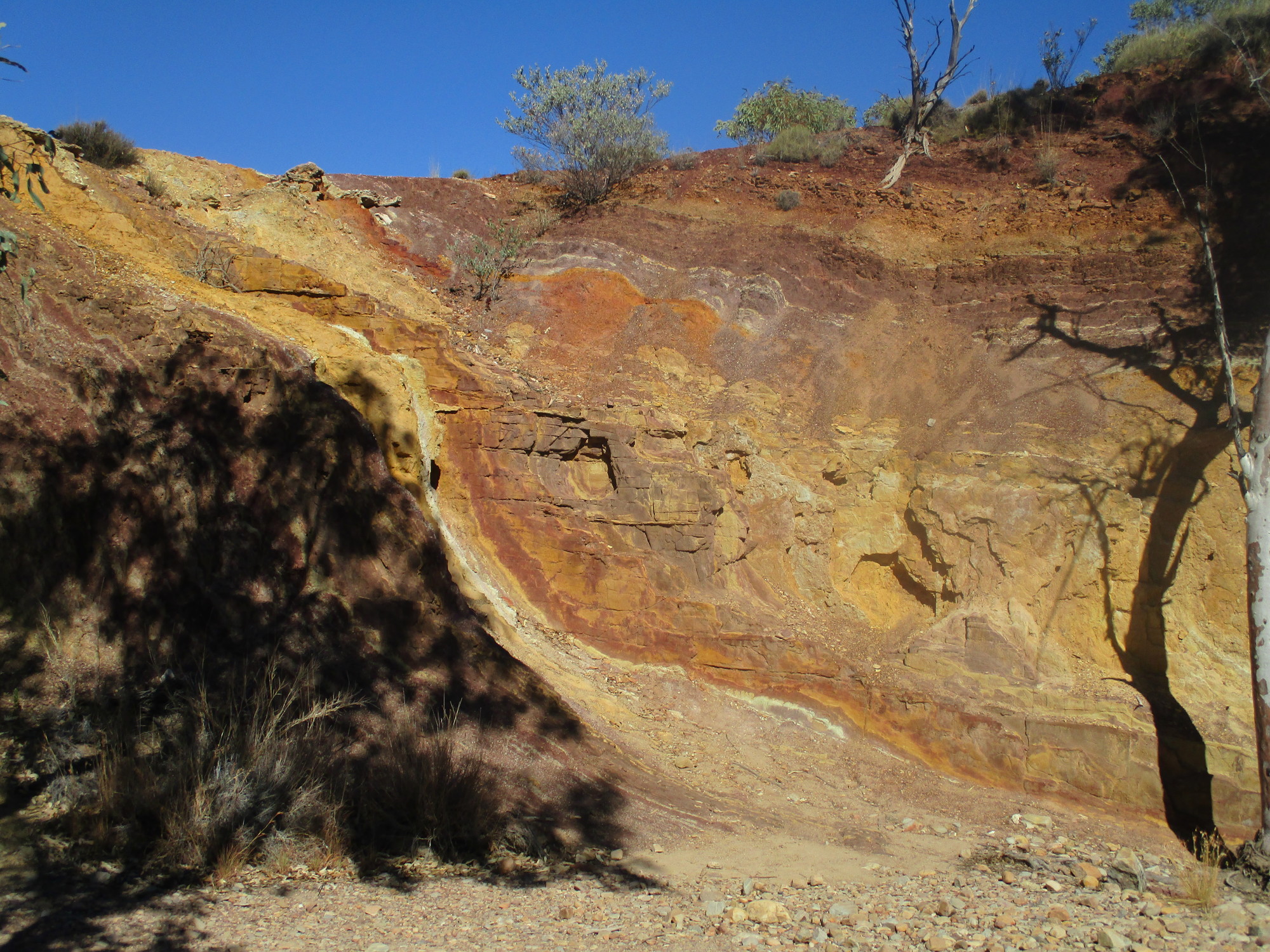 The Arrernte people of this area were so proud to talk to us about their heritage and what was important to them and for the future of their land. There aren’t many words that can describe the privilege of being able to be present in places like this; and all I can hope for is to visit this and other places across Australia like it in the future with my family.